🎤The temporal dimension: imminence and intertemporally, in 📅Climate Change Cases before National and International Courts Cross-fertilization and Convergence"

Summary of the panel presentation: The specific topic of our panel is the “temporal dimension” of the judicial cases of Climate change.

📧 On June 3, 2021, UK Financial Markets Authority skillfully expresses its position on the interference of cryptocurrencies on criminal interference and consumer protection

The English have their way of saying things: thus the Financial Conduct Authority -FCA, the British financial market regulator, published on June 3, 2021 a press release whose expression is remarkable. Its subject matter is crypto-assets and, like in an essay plan à la française, it is built in two parts.

In the part I, it is just mentioned that the deadline for companies in this industry to obtain a registration, which was due to end soon, will be postponed to March 2022. Why? Because almost all of them have not been able to demonstrate their ability not to be resistant to money laundering and other criminal activities. This is in no way presented as a conviction, just the objective cause of a postponement of the date, the time for the Financial Regulatory Authority to better examine the files, themselves to be completed by applicants.

The part II concerns consumer protection. The Authority point out that the consumer can lose everything in an extremely risky products and underlines that it is unlikely that this ruined layman will even be able to access the ombudsman to obtain anything. It is purely informative.

This is how the English bodies formulate their opinion on cryptoasset.

It's elegant (the press is more direct).

This also makes it possible not to be covered with insults by the worshipers of these objects: are expressed just a technical delay granted and not a conviction that cryptoasset could be per se  an instrument of criminality, just a probationary difficulty ; and just a regret on the non-access to the ombudsman for these cryptoassets consumers.

But if the evolution of the bubble leads these investors to ruine shows, the Regulator will have warned and expressed in advance the regrets he had of the lack of legal technique to protect them. And if the facts show that it is massively through cryptocurrency that the crime is whitewashed, the Regulator has shown everyone his prudence, the delay it will have take to examine the files  and its kind foresight.

No one more than a British knows what Liability is. 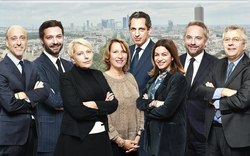 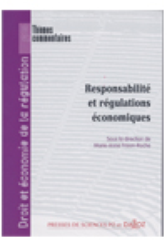 The French system of liability for the economic regulators’ behaviours : a State affaire