Compliance and Extraterritoriality: a natural and effective couple for the future of Europe

This working paper is the basis for an article in the French Law Journal Le Clunet.

When we compare the terms "Compliance" and "Extraterritoriality", it is often with dissatisfaction, even anger and indignation. On the momentum, after having expressed a principle of disapproval of such a merger, attention is focused on how we can fight against it, to break the link between Compliance and Extraterritoriality. But do we have to go so fast? Is this negative initial assessment correct?

Indeed, thus gone, it is frequently explained that the binding mechanisms of Compliance are suffered, that they come from abroad!footnote-1750, that they apply with efficiency but in an illegitimate way, without agreement of the one who must submit to it, whose resistance is therefore certainly ineffective but nevertheless justified. In the same spirit, when we start to shell the cases, like so many scars, sort of rosary, even crown of thorns, BNPP case!footnote-1718, Astom case!footnote-1717, etc., the wounds not yet closed turn into reproaches made against the rules, public authorities, even reproaches made against named people.

We are leaving this kind of complaint against X, which targets what would be this appalling "Compliance", this Law which would be both hostile and mechanical which would not have been able to stay within the limits of borders, Compliance being thus placed in contrast to sovereignty and protection, which presuppose staying within its limits!footnote-1716 and being able to protect companies from abroad. More concretely, this presentation targets more directly the United States, which uses "the legal weapon", slipped under what is then designated as "the artifice of the Law" with extraterritorial scope. But this effect would in reality be the very object of the whole: their hegemonic will to better organize at least a global racket, notably through the Foreign Corrupt Practices Act (FCPA) and at best a world government through notably the embargoes.Those who believed otherwise would be naive or foolish. This silences the opponents because who likes this costume? So the world would be put in a ruled cut; what the mafia could not have done, Compliance Law would have obtained, offering the whole world to the United States thanks to the extraterritoriality of its national Law.

Compliance Law would thus become the very negation of Law, since it has the effect, even the purpose (barely concealed by strategic, powerful and shameless States), of counting borders for nothing, whereas Public International Law, in that it is built between the sovereign subjects of law that are the States presupposes the primary respect for borders to better exceed them while Private International Law takes the same postulate to better welcome foreign Law in situations presenting a foreign element!footnote-1726. Jurists believed in the force of Law; by Compliance, we would return to the sad reality that only the powerful, here the United States, dominate and - ironically - it is under the pretext of Law that they do it. It would be necessary to be well duped, or accomplice, to see there still legal where there is only the balance of powers. When one is more intelligent or skilful than that, one understands that the "small" can only be "subject" to the Compliance Law, one would have to be powerful to be the normative source and its enforcement agent. It is then towards this mis-named Department of Justice (DoJ) that the fearful, hateful and resigned glances turn.

If you see it that way, what should you do then? The answer is obvious: react!

It is necessary to save the sovereignty, France, companies, the Law itself. If that is how the question is posed, how can we disagree? It is therefore necessary to destroy the Compliance Law and the extra-territoriality of American Law which had found this "Trojan horse", an expression so frequently used. This is the basis for the administrative reports available, for example the Berger-Lellouche!footnote-1719 parliamentary reports and the Gauvainfootnote-1720 report. Both of them broadly develop the two preceding claims, namely that the extra-priority of compliance mechanisms is illegitimate and harmful, since it is a mechanism invented by the Americans and harming the Europeans, or even invented by the Americans to harm Europeans, the description being made in much more violent terms than those used here. The description seems acquired, the reflections therefore relate to the remedies. The reaction is most often to "block" the Compliance Law in its extraterritorial effect.

But without discussing the effectiveness of the remedies proposed downstream, it is necessary to return to this description so widely shared made upstream. Because many elements on the contrary lead to affirm that ComplianceLaw first of all and by nature can only be extraterritorial and that it must be. Whether or not the State in which it was created has malicious intentions. The description which is made to us most often describes particular cases from which we draw generalities, but we cannot reduce Compliance Law to the already cooled cases, as BNPP case, or to the always hot case of the American embargo on Iran. Furthermore, one cannot take the issue of embargoes and draw conclusions, legitimate for it, but which would apply to the whole of Compliance Law. The fact that theCompliance Law is a branch of Law at the stage still of emergence can lead to this confusion which consists in taking the part for the whole, but it is very regrettable because what is justified for the embargoes does not is in no way relevant for all Compliance Law, of which precisely the Law of embargoes is only a small part, even an abusive use. This overlapping is not often perceived, because the definition of Compliance Law and its criterion are not clearly enough defined, namely the existence of a "monumental goal"!footnote-1725, which does not exist in an embargo decided unilaterally by an order decreed by the President of the United States, but which exists in all other cases and fully justifies extraterritoriality, extraterritoriality which is even consubstantial with Compliance Law (I).

Once we have distinguished the embargoes, as an atypical, sometimes even illegitimate part, of Compliance Law, we should continue this work of distinction by emphasizing that the United States has certainly invented Compliance Law!footnote-1721 but only developed a mechanical concept for the prevention and management of systemic risks. Europe has taken up this systemic conception of the protection of systems, for example financial or banking, but superimposed another conception, drawing on its deep humanist tradition!footnote-1722, whose protection of personal data is only an example and whose monumental goal is the protection of the human being. This primary concern then justifies the European use of Compliance mechanisms to interfere with global objects regardless of their location, especially the environment, and to block the entry onto the ground of objects that enter, which is contrary to Competition Law but builds a legitimate barrier under this Compliance Law, in the indifference of an extraterritorial origin (II).

Indeed, this branch of the new Law which is Compliance Law is not reducible to Competition Law!footnote-1723, any more than it is not reducible to a method. It is a substantial, extraterritorial Law because the "monumental goals" which give it substantial unity are extraterritorial. This can directly contribute to the future of a Europe which on the one hand will be able to pursue, in an extraterritorial manner, monumental humanist goals, in the field of the environment or the protection of personal information or access to the Law (in particular by the technique of compliance programs) and which, on the other hand, by the techniques of traceability of products!footnote-1724, will have the means not to bring in products manufactured in an indecent manner, except in countries which do not grant value than in Competition Law to enter the WTO. 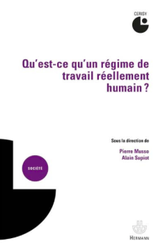 This book comes from an intervention given on 25th of September 2014 at Paris-Dauphine University. 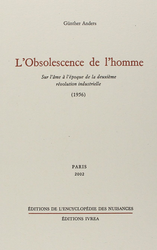 Read the table of contents.

Read the back cover.