COMPLIANCE: COLLABORATE FULLY, A LITTLE, OR NOT AT ALL? DAIMLER'S CHOICE: NOT AT ALL 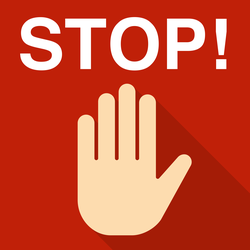 It is often observed, even theorized, even advised and touted, that Compliance is a mechanism by which public authorities internalize political (eg environmental) concerns in big companies, which accept them, in Ex Ante, because they are rather in agreement with these "monumental goals" (eg saving the planet) and that this shared virtue is beneficial to their reputation. It is observed that this could be the most successful way in new configurations, such as digital.

But, and the Compliance Mechanism has often been brought closer to the contractual mechanism, this is only relevant if both parties are willing to do so. This is technically true, for example for the Deferred Prosecution, which requires explicit consent. This is true in a more general sense that the company wants to choose itself how to structure its organization to achieve the goals politically pursued by the State. Conversely, the compliance mechanisms work if the State is willing to admit the economic logic of the global private players and / or, if there are possible breaches, not to pursue its investigations and close the file it has opened, at a price more or less high.

But just say No.

As in contractual matters, the first freedom is negative and depends on the ability to say No.

The State can do it. But the company can do it too.

And Daimler just said No.

Publicly, including through an article in the Wall Street Journal of June 28, 2019.

The company sets out in a warning to the market that it is the object of a requirement on the part of the German Motor Authority (Kraftfahrt-Bundesamt)  of an allegation of fraud, by the installation of a software, aimed at misleading instruments for measuring emissions of greenhouse gases on cars using diesel.

It is therefore an environmental compliance mechanism that would have been intentionally countered.

On this allegation, the Regulator both warns the company of what it considers to be a fact, ie compliance fraud, and attaches it to an immediate measure, namely the removal of the circulation of 42,000 vehicles sold or proposed by Daimler with such a device.

Which is probably only beginning, since a No ends the dialogue of Ex Ante to project in the Ex Post sanction procedures, calls 6 observations: