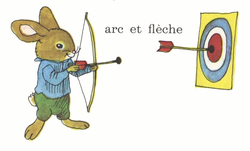 The goal for which a mechanism, a solution an institution or a rule is adopted, instituted or elaborated, is in principle external to them. Knowledge of this goal is a tool to better understand them and is only that.

On the contrary, in Regulation Law, the goal is the heart itself. By definition, Regulation Law is a set of instruments that articulate to take their meaning in relation to a goal. Moreover, these instruments are legitimate to represent a constraint only because they realize a goal which is itself legitimate. The interpretation of Regulation Law is based on the aims pursued: the reasoning is teleological.

This teleological nature explains that efficiency is no longer merely a concern - as for ordinary legal mechanisms, but rather a principle of Regulation Law. It explains the welcome, especially through the European Union Law of the theory of the useful effect. This link between rules, which are only means, and aims, refers to the principle of proportionality, which requires that constraints and exceptions be applied only when they are necessary, proportionality being the form off the classic principle of necessity.

Because the aim is the center, it must be expressed by the author of the Regulation standards, and this is all the more so if they are of a political nature, being not limited to mitigating technical failures of markets. This goal can be varied: the management of systemic risks, but also the consideration of the fundamental rights of people, the preservation of the environment, public health, civilization, education, etc. The silence of the legislature, which limits itself to the making of rules whereas these are merely instruments, without explicating the goal whereas the latter is a political decision, is a fault in the legislative art.

Moreover, in order that the person who applies the Regulation norm, in particular the Regulator and the Judge, has no excessive margin for interpretation and does not substitute for political power, the author of the Regulation norm needs to aim specifically for one goal : in this way, the one who applies the norm will be constrained. Or, if the author targets several purposes, then he must articulate them in relation to each other, by hierarchizing them for example. If he fails to do so, the institution which applies the regulatory standards will itself have to choose the purpose and exercise a power which he does not possess.

This express designation of purpose has been made for the European Banking Union,  this Regulation and Supervision construction, whose primary aim is to prevent systemic risks and resolve crises. Similarly, the purpose of the Regulation of essentiel infrastructures is to provide third parties access to the network. Similarly, in the case of a transitional regulation introduced following liberalization, the aim is to establish competition, the principle of which has been declared by the liberalization law. When this is not clearly stated, there is a lapse in the legislative art.