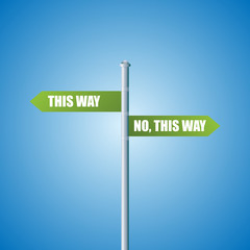 This Working Paper has been the basis for the first conference of the two conferences in the colloquium in Toulouse (France) under the scientific direction of Lucien Rapp, about Les incitations, outils de la Compliance ("Incitations, as Compliance Tools"), on December 12, 2019, the first one about The sanction as incitation and the second one about Incitations and Compliance Law (synthesis of this colloquium).

Then, it has been the basis for the article, to be published in the books Les outils de la Compliance and Compliance Tools in the Series Régulations & Compliance.

Summary and Introduction of this Working Paper: At first glance, Compliance and Incentives appear to be totally opposite. For two major reasons. In the first place, because the sanctions have a central place in the Law of Compliance and the incentives suppose an absence of constraint on the operators. Secondly, because the incentives are linked to self-regulation and that Compliance Law assumes a strong presence of public authorities. Taking the first reason, one should choose: either Compliance or Incentives! Either the effectiveness of one or the effectiveness of the others; either the techniques of one or the techniques of others; either the philosophy of one or the philosophy of the others. Resign oneself to the loss that such a necessary choice would involve. But to put the terms thus amounts to think poorly about the situations and reduce the fields of the solutions which they call for. If we take a rich definition of Compliance Law, it is possible on the contrary to articulate Compliance and Incentives. From this perspective, sanctions can no longer become what blocks the use of incentives but, on the contrary, what constitutes them. Even more, the coupling between Incentives and the requirements of Compliance Law must be strongly encouraged, as soon as the public authorities supervise in Ex Ante all the initiatives taken by the "crucial operators".

This working document deals with the first issue. Indeed, the so-called incentive theory targets mechanisms that do not directly use coercion. They would therefore have little place in Compliance Law. But Compliance seems saturated with sanction procedures. We can even say that it seems to put them at the center, the public authorities presenting the number of sanctions as a sign of success, while the companies seem obsessed with their prospects, the two concerns ending in such a strange convergence that are the D.P.O...

An honest observer can only feel immediately uneasy. Indeed, he can only raise the definition of the sanction as a "constraint" triggered Ex Post, at the very heart of Compliance Law which is presented as a set of Ex Ante mechanisms. Based on this contradiction in terms, should we give up the association and think that it would be wrong against the spirit to think of the sanction as an incentive?

It is undoubtedly in this connection that one perceives most clearly the clash of two cultures, which do not communicate, while technically they apply to the same situations. Indeed, because Compliance was firstly designed by Finance, everything is a tool for it. Therefore, the tendancy to think about the sanction only as an incentive is very strong in Compliance Law. It manifests itself continuously and will not stop (I). But whatever the reasons are to conceive it this way, the principles of the Rule of Law cannot disappear and if we do not want them to be erased, then they must be articulated (II). It’s an essential adjustment.

This is why we can literally say that Compliance has set Criminal Law on fire by its conception, logical but closed in on itself, of sanctions as simple incentives. For Law to remain, however, it is necessary to hold a very firm definition of Compliance Law centered on its Monumental Goal, which is the protection of the person.