In 2015, a document supposedly emanating from the Vinci company reached the Bloomberg media announcing unexpected catastrophic results. The two journalists who received it immediately published it without checking anything, the Vinci listed shares losing more than 18%. It was a rude forgery, which a basic check would have established, a check which the journalists had not done.

4 years later, the Bloomerg company is punished for the breach to "disseminate false information" on the financial market, by a decision of the Sanctions Commission of the Autorité des Marchés Financiers (French Financial Markets Authority) of December 11, 2019.

The company being sued argued that it was up to journalists to be accountable and not to itself, because on the contrary the firm had implemented both detection software and a code of conduct, even though there was no legal rule constraining it. In consequence, it would not possible to pursue it.

But the AMF Sanctions Commission stresses that, independently of this, it is a general rule of ethics for journalists that obliges them to verify the authenticity of the documents they publish, which they did not, whereas an elementary check would have allowed them to measure that it is a rude forgery.

In addition, the Sanctions Commission refers to the European Regulation on market abuses which in its article 21 targets the special status to be reserved for press freedom and the special status of journalists, but associates this ethical obligation to verify documents . However, the Sanctions Commission notes that this obligation, which was targeted by both the journalists' ethics and the reference text of Financial Law, was completely ignored by the two journalists. It is therefore up to the press agency to be accountable and to be punished.

The Sanctions Commission dismisses this request because it considers that the European texts are "clear", which allows the Sanctions Commission to interpret them itself. And precisely the European Regulation on market abuse in its article 21 provides for the exception in favor of the press and journalists but compels them to respect their ethics, in particular the verification of the authenticity of documents. In this case, they did nothing. They are clearly the authors of a breach attributable to the company.

In a less clear case, one could consider that this balance between two principles, both of public interest, is delicate and that an interpretation by the Court of Justice would always be useful.

Indeed and more fundamentally, does Financial Law remain an autonomous Law, putting first the objective of the preservation of the integration of the financial market and the protection of investors or is it the advanced point of an Information Law protecting everyone against the action of any "influencer" (category to which Bloomberg belongs) consisting in disseminating inaccurate information (notion of "misinformation")? 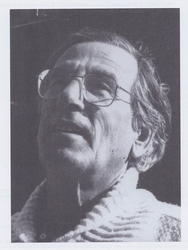