📧 What Giuliani's Professional Suspension, Legally Pronounced on June 24, 2021, shows: the Three-Step Joint: the Time of the Ex Ante Reaction of the Company, the Disciplinary Suspension by the Judge and the Forthcoming Control by the Profession 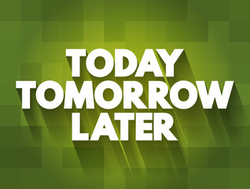 ► Compliance Law is above all a Time Management. This is why it is located in Ex Ante, before disasters happen, with the goal that they do not happen, to intervene at least on time to break the domino effect. This is why the achievement of Monumental Goals has been internalized in companies, this achievement being until now States’ affair. This does not mean that Ex Post is irrelevant. Especially because when the Ex Post entities are the most legitimate. It is the case of Judges. What has just happened to Rudy Giuliani illustrates this perfectly.

Rudy Giuliani, who was federal prosecutor, then mayor of New York, then counsel to President Donald Trump, then lawyer was sentenced to the provisional suspension of his professional license in the State of New York (➡️📝New York Times, Court Suspends Giuliani's Law License, citing Trump Election lies, June 24, 2021).

The judgment evokes the insurrectionary events in the Capitol and relies on an ethics committee for the conduct that lawyers must have. First the convergence is remarkable in the motivation between the decisions made by Facebook with regard to Donald Trump, the professional structure to which Rudy Giuliani belongs and the decision of the state court (I).

The articulation is rather done in time (II). First of all, the company which intervenes as quickly as possible, because it is necessary to act (but for acting, it is also necessary to "judge", even if the entity is not a tribunal ...); then the profession (and here the person concerned belongs to a regulated profession but it is indeed in the name of "the general public interest" that the sanction will be pronounced), nothing that can escape the in fine validation or questioning of the Judge.

I. The articulation of the substantive principles implemented by the Company, the Jurisdiction and the Professional Regulator

In a Rule of Law, fundamental principles are the same for subjects of Law (companies being subjects of Law like others), intermediary bodies (like professional orders), jurisdictions and States.

In a Rule of Law, Truth is elementally kept by Law and Disinformation is sanctioned.

Thus, even if the power of Freedom of Speech in the United States has a constitutional power unlike any other, since "disinformation" is not sanctioned as such, the legal path of defamation action makes it possible to obtain protection against practices of massive disinformation.

Even if historians have worried about the paradoxical weakness of the United States because of its legal system (see 💻Snyder, T., The State of Our Democracy, 2021) Harvard Law professors have intervened to explain that no one could say everything, defamation action allowing a reaction.

This is the path that was used in January 2021 against Rudy Giuliani (➡️📝New York Times, Rudy Giuliani sued by Dominion Voting Systems over False Election Claims, May 4, 2021) for having unleashed a viral campaign of disinformation about what was presented as an incorrect result during the presidential election.

It is therefore "disinformation" which is sanctioned.

But besides, Rudy Giuliani is a lawyer.

As such, what he does engages the honor of his profession. It is therefore intended to be the subject of disciplinary procedures.

This is why the jurisdiction of the State of New York took advice from an "ethics committee".

In particular with regard to the conclusions of the latter, the state jurisdiction declared that the false statements "tarnished the entire reputation of the legal profession". This justified his suspension in New York State. This suspension is temporary (disciplinary procedures will begin).

But on the other hand, the Court considers that the deontologically objectionable conduct "directly" increased the tensions which led to the violence of the events in the Capitol.

By taking such a justification, the Court operates the junction on the one hand with the other character that Rudy Giuliani advised, Donald Trump, but especially with the decision taken by the private companies, which suspended Donald Trump’s accounts.

Thus, in the name of the same principles, Public Order and respect for Truth, the Court by connecting, through its motivation, Companies - which had acted before - and Disciplinary Body which will intervene afterwards, has shown the coherence of the American legal system.

II. The articulation over time between crucial companies, jurisdictions and professions

The difficulty comes rather from the articulation in time.

Indeed, in this Donald Trump’s case who, in particular legally advised by Rudy Giuliani, affirmed that the elections had been stolen, which contributed to a start of insurgency and riots in Capitol, the question is the reaction time and the modality of reaction.

The modality was the deletion of Donald Trump's accounts, with the justification for inciting destabilization and civil war.

Controlling "hate speech", in Europe in name of Law, in the United States in name of Corporate Social Responsibility (CSR).

It is remarkable that, despite all the criticisms that can legitimately be made of it (see eg Heymann, J., La nature juridique de la "Cour suprême" de Facebook" (The legal nature of the "so-called" Supreme Court of Facebook), in The Firm instituted as Judge and Prosecutor of itself, already quoted above.) this jurisdictionalization works, as soon as the procedural principles are respected (see ➡️📝Frison-Roche, M.-A., The judge-judged: articulating words and things in face of the impossible conflict of interests, in ➡️📕Compliance Juridictionnalization, 2022).

But in fine, the decision is always to come back to the Courts and systems depend above all on the probity of people, who are most firmly anchored in "professions".

What is remarkable in the present case is that we could "wait" for the time of justice, because the sanction of the adviser - and his neutralization by a ban to practice - is less urgent than the neutralization of Donald Trump on social networks. Their power as an "influencer” is not the same.

It is however remarkable that if the court took care to rely on the opinion of an "ethics committee", it did not wait for the disciplinary sanction itself.

This will come later.

We can see here that Professions, here the profession of attorney, are central to Compliance mechanisms. Indeed, the more States are weakened by their natural relationship with the “border”, the more the technical notion of “Profession”, which does not have this natural relationship, will have to be developed.

However, supervised by the Judge, a Profession has ethics at its heart. The same that the Judge, in anticipation, took as a basis to sanction for the future the adviser of a president immediately dismissed by the systemic company.

So as long as crucial businesses, professional and jurisdictional structures adjust in substance, adjustment over time can work, by anticipation and feedback. 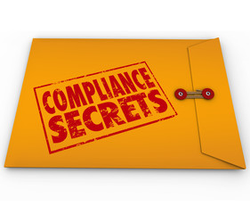 Summary: By its judgment of September 24, 2020, the Constitutional Court of Belgium released an essential judgment which considers:
- Compliance Law which imposes obligations on entities to fight against money laundering and the financing of terrorism is legal requirements which must be analyzed on the basis of these goals
- the national transposition law is "broader" than the transposed European texts since it is anchored in the Constitution
- the provisions of the law imposing the declaration of suspicion on an employee of the Attorney or on a Compliance Officer concerning information covered by the professional secrecy of the Attorney, the basis of Democracy, must therefore be canceled.
This reasoning is remarkable and very solid.
It is not unique to Belgium. 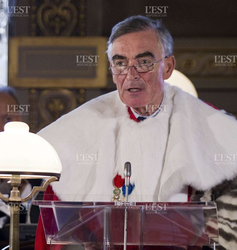 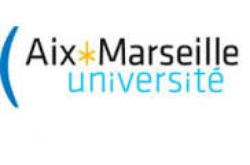 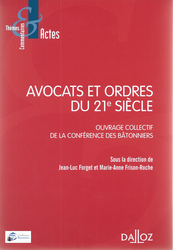 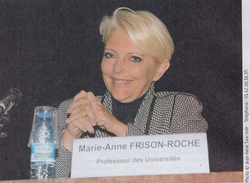 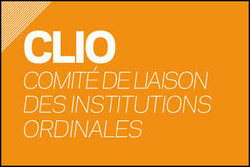 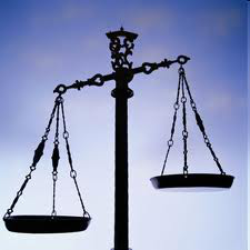 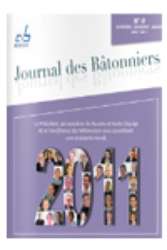 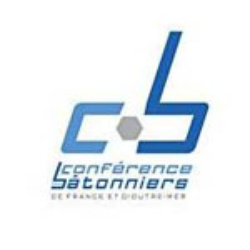 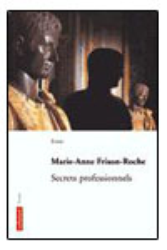