Read the summary of the judgment (in French)

Read the opinion of the Advocate General

Being obliged by Law to unlock telephone is not equivalent to self-incrimination: Cour de cassation, Criminal Chamber, Dec. 19, 2019

Read by freely subscribing the other news of the Newsletter MAFR - Law, Compliance, Regulation

The Cour de Cassation (French Supreme Judicial Court) made a decision on 19th of December 2019 about a case concerning a refusal to communicate his mobile phone's unlock code to the police while the police found him with a significant quantity of narcotic and a lot of cash and that there was a certain probability that this mobile phone get proofs of culpability of its owner. The individual was indicted not for narcotic trafficking but for not having communicate its unlock code which constitute an offense to article 434-15-2 of code pénal, from the loi du 3 juin 2018 renforçant la lutte contre la criminalité organisée, et le terrorisme et leur financement (law reinforcing organized crime, terrorisme and their financing).

The accused invokes before the court its right to not incriminate oneself. Indeed, the configuration face to policemen was such that if he refused to communicate its unlock code, he will be punished because of this obligation to communicate his code and that if he accepted, he will also be sanctioned because of the proofs contained into the mobile phone. Such a configuration therefore offered him no alternative to confessing, which is contrary to the European Convention on Human Rights and to European and national jurisprudence.

Face to such a case, the Cour de Cassation chose to segment the information and proposed the following solution: if the researched information cannot be obtained regardless of the suspect willingness, it is not possible to constraint this person to communicate this information without violating its procedural rights, but if the information can be obtained regardless of the suspect willingness then the individual is obliged to communicate his code. In the current case, as it was possible for policemen to obtain information contained in the phone by technical means, longer but existent, then the refuse of communication of the unlock code by the suspect constitute an obstruction that should be sanctioned.

Such a decision is an exemple of the conciliation by the judge of two fundamental but contradictory "monumental goals" of Compliance Law: transparency of information towards public authorities and very sensible personal data protection.

​To go further, read Marie-Anne Frison-Roche's working paper: Rethinking the world from the notion of data 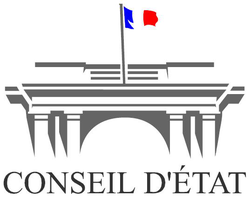 In France, a decree of 1st August 2014 finally reorganizes the sanction procedure before the French telecommunication Regulator (ARCEP), after the condemnation by the French Constitutional Council for partiality

Political power has often difficulties, or takes a long time to admit the principles of law, such as express the judges.

So it was quite certain that the penalty proceedings held before the Autorité de Régulation des Communications Electroniques et de la Poste -ARCEP  (French Regulatory Authority for Electronic Communications and Post, as the investigation body and the judgment body were not sufficiently distinct crumpled the constitutional principle of impartiality.

It was acquired about 15 years. Yet the organization has continued.

It has been enough that an operator has been sanctioned. He used the procedure of Question Prioritairre de Constitutionnalité -Q.P.C.  Priority Question of Constitutionality) and Numéricable July 5, 2013 decision by the Constitutional Council came to declare that any sanction proceedings before ARCEP unconstitutional, because of objective procedural partialité, thus causing difficulty to the regulator.

It took until the 0rdonnance of March 12, 2014 and finally the decree of 1st August 2014 to organize an efficient sanctions procedure, making this time an intern wall within the ARCEP between the services responsible for the instruction and those which are responsible for judging.

We see here that this is true also for the Government which writes laws and regulations. So, for months, the regulator has been without power, to the delight of the operators, who often are tacticians or turbulent.

phone usage in relation to the planes both air traffic control and telecommunications regulation: it is a case of interregulation .

far, security concerns Gate by air traffic control had prevailed in France, with the ban on phones function. But a European directive to prevail consumer comfort.

French telecoms regulator, the ARCEP , consequently authorizes companies to operate the phones. But it reflects the need for security, limiting available bandwidth those that are not used by pilots.

Case technically successful interregulation , and it is likely that the re air regulator will therefore abandon its ban.