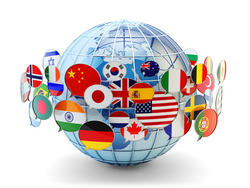 First of all, the Regulation and Compliance Law is difficult to understand in others languages than English, through translation, for example in French.  This corpus of rules and institutions suffers from ambiguity and confusion because of its vocabulary of Anglophone origin, in which words or expressions that are similar or identical have not the same meaning in English and, for example, in French..

To every lord all honor, this is the case for the term "Regulation".

In English, "regulation" refers to the phenomenon which the French language expresses by the term "Régulation". But it can also aim at the complete fitting of what will hold a sector reaching a market failure and in which regulation is only one tool among others. The expression "regulatory system" will be used with precision, but also the term "Regulation", the use of the capital letter indicating the difference between the simple administrative power to take texts ("regulation") and the entire system which supports the sector ("Regulation"). It is inevitable that in a quick reading, or even by the play of digital, which overwrites the capital letters, and the automatic translations, this distinction of formulation, which stands for a lower / upper case, disappears. And confusion arises.

The consequences are considerable. It is notably because of this homonymy, that frequently in the French language one puts at the same level the Droit de la Régulation ("regulatory law, Regulation") and the réglementation (regulation). It will be based on such an association, of a tautological nature, to assert that "by nature" the Regulatory Law  is "public law", since the author of the reglementation (regulation) is a person of public law, in particular the State or Independent administrative authorities such as Regulators. There remains the current and difficult justification for the considerable presence of contracts, arbitrators, etc. Except to criticize the very idea of Regulatory Law, because it would be the sign of a sort of victory of the private interests, since conceived by instruments of private law.

Thus two major disadvantages appear. First of all, it maintains in the Law of Regulation the summa divisio of Public and Private Law, which is no longer able to account for the evolution of Law in this field and leads observers, notably economists or international Institutions, to assert that the Common Law system would be more adapted today to the world economy notably because if it does indeed place administrative law, constitutional law, etc., it does not conceive them through the distinction Law Public / private law, as the Continental system of Civil Law continues to do.

Secondly, no doubt because this new Law draws on economic and financial theories that are mainly built in the United Kingdom and the United States, the habit is taken to no longer translate. In other languages, for example, texts written in French are phrases such as "le Régulateur doit être  accountable".

It is inaccurate that the idea of ​​accountability is reducible to the idea of ​​"responsibility". The authors do not translate it, they do not recopy and insert it in texts written in French.

One passes from the "translation-treason" to the absence of translation, that is to say to the domination of the system of thought whose word is native, here the U.K. and the U.S.A.

One of the current major issues of this phenomenon is in the very term of "Compliance". The French term "conformité" does not translate it. To respect what compliance is, it is appropriate for the moment to recopy the word itself, so as not to denature the concept by a translation. The challenge is to find a francophone word that expresses this new idea, particularly with regard to legal systems that are not common law, so that their general framework remains. 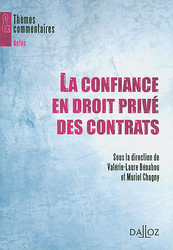