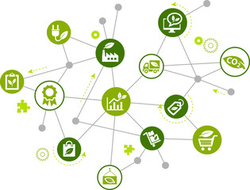 Référence complète : Frison-Roche, M.-A., Environnemental Compliance Law, as an Ex Ante Responsability, for an annexe in a French Report on the liability for the environmental Damages, for the European Commission, janvier 2021.

Environnement calls for solutions in Ex Ante. Liability, in that it is an Ex Post mechanism, is therefore always out of phase. There should therefore be a “Liability in Ex Ante” or, more precisely an “Ex Ante Responsibility” which, rather than sanctioning encourages prevention[1], rather than coercing encourages good behavior in an alliance between Public Authorities and enterprises, rather than articulating rules that go beyond borders since Environmental Object does not know them. However, this is what "Environmental Compliance Law" does.

“Monumental Goals” can be negative, such as combating pollution or preventing destruction of crucial forests, or positive, such as establishing new ecological balances. These “Monumental Goals” are of a political nature. As such, they are expressed by the Public Authorities, by rules, decisions and supervision. For instance, this is how the Autorité des marchés financiers – AMF (French Financial Markets Regulatory Authority) organizes and controls the environmental information given to investors by listed companies. But these Monumental Goals can also be expressed by enterprises through their "raison d'être"[4]: this notion has been inserted in the French legal system by the PACTE law  of May 22, 2019[5].

This is why Environmental Compliance can be not only a constraint, which has found its limits in Ex Post sanctions, but an Ex Ante alliance of a political nature between Public Authorities and enterprises. The Supervisory Authorities ensure the effectiveness of this alliance. As there is currently no Environmental Regulatory or Supervision Authority in France, Supervision is carried out indirectly by the banking and Financial Regulatory bodies, through environmental standards merging with banking prudential standards and benefiting from the same Compliance enforcement. More generally, it is the jurisdictional authorities (courts and prosecutors)[6] that operate this supervision[7], for example by making  enterprises’ environmental commitments binding.

These Monumental Goals, particularly environmental ones, set in Ex Ante, by public institutions and by the enterprises themselves, are embodied in Ex Ante by “Compliance Tools[8]”. For example, "vigilance plans", charters of commitments by which enterprises train their employees in environmental protection or systematic information of consumers about items’ environmental condition of production.

These simple and strong new principles were carried by French Law. This is notably the subject of the law of March 27, 2017 on the "duty of vigilance"[9]. Out of step with Company Law, this law is the first in the world to impose to enterprise  to be “vigilant” in Ex Ante, i.e. to prevent risks, notably "environmental risk" upstream of the production chain. This law is revolutionary.

In fact, it is a kind of "liability in Ex Ante", which poses an obligation for the enterprise to be active for the environmental safety, not only to be punish. This action in particular through risks mapping drawn up by the company to identify environmental risks and ensure that they shall not materialize. It is no longer a question of sanctioning an enterprise for a damage done, but on the contrary of asking it to increase its power, by educating[10], by alerting, by renouncing certain profits or certain actions, for satisfying directly the Monumental Goal of the environmental  general interest.

This law of 2017 creating this duty of action, which is a sort of constraint, is now perfectly completed by the law PACTE of 2019 creating the raison d’être: the enterprise may move in this sense by its own will, in the same direction of the Public Authorities.  The powerful legal and cultural convergence has created Environmental Compliance Law.

In that, French Law develops Environmental Compliance, itself exemplary of general Compliance Law, when it is defined as its Monumental Goal of protecting human beings[11], is opening the way towards new effective rights[12]: for instance “the right for a pure environment”, rights being the primary and natural tool of Compliance, effectively protected by Courts.

[7] By this way, it is possible to organize a public supervision without specific supervisory bodies, and to exercise it on enterprises which are not specifically regulated (for instance, industrial firms): see Frison-Roche, M.-A. (ed.), Regulation, Supervision, Compliance, 2017.

[10] The public bodies, such as Regulatory and Supervisory Authorities have become “teachers” to obtain adequate behaviors for the environment protection, for instance through sustainable finance and responsible behaviors (see Frison-Roche, M.-A., Training, content and container of Compliance, 2020.