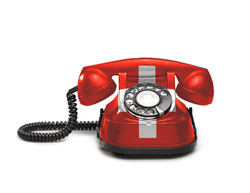 It is also customary for them to oppose banking, finance and insurance activities, which develop in businesses (banks, insurance companies) or in places (financial markets).

This presentation, however usual it may be, is not very happy in that it opposes the two types of activity. This "opposition" undoubtedly corresponds more to the fact that the first economic activities are traditionally governed by public Law because they were the fruit of public enterprises under the supervision of the State and the control of the Conseil d'Etat, while the second activities economic, because the issuers of securities or insurance contracts are private companies, are subject to private Law and control by the judicial jurisdiction.

Indeed and in reality, financial centers, like networks, constitute essential facilities and banking regulation resembles energy regulation in many ways, both centered on risk. Having thus given way to the autonomous concept of network industries at this point is in practice harmful, in particular by the fragmentation of knowledge and jurisdictional skills.

Even more, the development of digital technology, which today constitutes a global space perhaps synonymous with "globalization", sweeps away this distinction because digital technology only develops with the support of a network (the web) and in this space all activities take place. deploying, in particular banking and finance, while the question of data becomes a primary issue there, data no longer being the prerogative of "network industries".

The Regulation is a balance between the principle of competition and another principle. This other principle is a technical principle, for example the prevention of systemic risks or the management of economically natural monopolies. The regulatory system can, maybe must, then remain "neutral". Indeed, neutrality can be defined as the absence of choice made by a few for the future of the group. But Regulatory Mecanism can also mean balancing the principle of competition with a principle that is no longer economic, technical or political, such as access to a common good such as health or culture. In such a case, Regulation ceases to be neutral since there has been a collective choice politically positing that health, education or culture are superior goods.

This has direct implications for the very existence of the Regulator. Indeed, regulators often present themselves as technical, neutral bodies that do not need political legitimacy, since they do not make choices for the social group. This is true only in the first hypotheses but not in the second, where only the democratic State is legitimate to operate them, which explains the return of the State to many regulated sector issues, for example as regards the preference in matter of energy production mode, from renewable energy to nuclear energy, involving the return to a ministry of energy, as well as the shift from financial regulation to ever greater power given to central banks.

The issue today is about the growing importance of what should be the principle of "net neutrality". The question is: Does the Internet, in that it has given birth to digital, assume that every Internet user can access any site without interference, or can content operators and access providers give priority to some websites by directing users to them, either to manage congestion (neutral technical justification) or because they have been paid contractually by this site (non-neutral justification)?

The question remains between the fundamental right of access of Internet users, the technical need to manage congestion, the need not to invest even more to increase bandwidth, and the freedom to undertake operators. 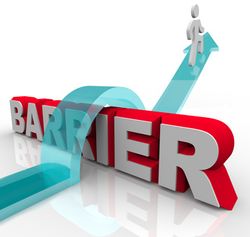 The expression "new comer" designates an operator outside the sector or the market but who is going or has just entered it. On a fully competitive market, this entry is made for him without difficulty, without "transaction cost", and it is naturally encouraged to do so by his entrepreneurial taste or because he has innovated (Schumpeterian temperament), thus being able to seduce applicants in place, potential customers who will then turn away from their usual supplier.

But, when there is liberalization of a monopoly sector, the incumbent operators are powerful enough to establish barriers to entry, because they notably hold the know-how and the confidence of the customers ("stickiness" of the market).

It is therefore necessary to institute transitional regulators, most often in the form of Independent Administrative Authorities (IAA) to build competition, which can only occur through asymmetric regulation, notably in the form of systematic favors for the benefit of new comers. Thus, for example, the British telecommunications regulator forced British Telecom to open its entire telecommunications network free of charge to newcomer Mercury.

This asymmetrical exercise of power is nevertheless neutral since it is applied mechanically to the detriment of incumbent operators to make room for new entrants, only applying to the benefit of new entrants in a blind manner, so that competition can arise. The European Commission wants the same to be true in the pharmaceutical field, generic drug laboratories being assimilated to new comers compared to originator laboratory drugs on the same active ingredient, but this is undoubtedly confusing the liberalization process and exclusive right arising from an intellectual property right. 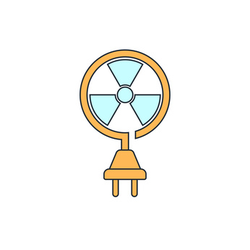 France had made the choice, after the Second World War, of nuclear power, in particular because of its absence of fossil energy resources and taking advantage of the quality of its technical teams. . The French nuclear fleet soon coming to an end and the establishment of a new fleet requiring many years of work and investment, the government had requested a report from François Roussely, former president of EDF, but its classification " secrecy "makes it difficult to expose. The articulation between civilian nuclear power and military nuclear power is a technical, political and regulatory issue.

This three-fold question has repercussions on the structuring choices of the crucial operator in the sector. Indeed, while EDF and Areva had been separated, the two companies are reunited again, the reunion of the two operators being justified for technical, economic and governance reasons.

The specific risk of nuclear power, which in law translates into a regime of objective liability of the State and the uninsurable nature of the activity, and its proximity to military and defense issues, justify the prospect of liberalization, even of privatization, as they have been experienced in the UK, have gone no further than experimentation. The placing on the financial market of part, even a minority, of the capital of companies which design, build and sell nuclear power plants, was discussed.