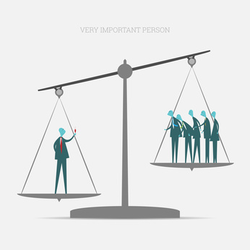 A monopoly refers to the power of a person to remove from a good its utility by excluding others. The monopoly refers to a situation on the market, the monopolist being the sole operator in the market. Lawyers are accustomed to the monopoly conferred by Law, for example the one that was the monopoly for the national public enterprise for electricity. In this case, what is done may be defeated, and the legislature may withdraw that privilege especially if the author of this norm is better placed in the hierarchy of norms than the previous author. For example, the European Union legislature withdrew the legal monopolies by means of directives from most of the operators holding them in the regulated sectors in order to liberalize them.

But the monopoly can have an economic source. Indeed, it may happen that a first operator constructs a structure, for example a wired telecommunications transport network. Because he is alone, agents on the market must resort to him to carry their communications, his business will be profitable. But from there, if a second operator built such an infrastructure, it would inevitably be in deficit for insufficient applicants. This is why no rational economic agent will build a second network. Thus, this network will remain unique. It is then an economically acquired monopoly that the legislative will can not change its nature. That is why it is called "natural".

Since what is can not be changed, Community law has taken note of the monopolistic nature of the majority of networks and the correlated power of their owner or manager, but has correlatively provided for their supervision by a regulator who not only Ex post to resolve possible differences between the infrastructure manager, the natural essential facility, and the one who wants to access it, but also, through an Ex ante power, to negotiate with that manager the return on his capital, his commitments investment in the network, etc., or even more directly by imposing on it the way in which it fixes access tariffs and so on.

These economically natural monopolies are therefore more powerful than legal monopolies, which States and lawyers have taken a long time to understand, but this also explains the reverse tendency of economists to write laws, The texts must handle this type of notions, its writers caring little about the political order and legal notions. The fact that the laws and regulations on regulated situations and supervised operators have long been elaborated solely from the point of view of lawyers, particularly of the public service, which was regrettable, does not justify this passage from one extreme to the other.