Compliance Law loses the ties of Regulation Law but retains its principles: consequences for companies 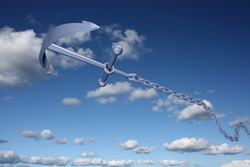 This working paper is a basis for an article published in the Recueil Dalloz.

Compliance Law is a so recent branch of Law that some still doubt of its existence.

It is not about taking back this question, nor the one of "definition" of Compliance and of its Law or of its appropriate translation.

The purpose of the thought is rather to observe the movement which came from precise sectorial Laws requirements, as Financial Law, Banking Law, which correspond without any doubt to "sectors", Compliance Law being thus the extension of Regulation Law, extension which transforms this one, to spread over beyond regulated sectors now.

CONSEQUENCES ON COMPANIES OF A COMPLIANCE LAW BEYOND REGULATION LAW

Read the development below.

This evolution which changes Regulation Law into Compliance - passing through supervision, can not only be observed but can be justified because the "care" for the protection of environment, for the fight against corruption, for the protection and for the circulation of digital informations (data) justifies this extension of Compliance Law beyond these sectors to reach the totality of firms, because these goals are as imperative, and even more imperative than prevention and regulated systems risks management public order alone.

The difficulty comes from such a mechanical observation. Compliance Law is violent and archaic in its modalities. it submits the firm which enter in a regulated sector (bank, finance, telephony, transport, health, post) to legal constraints in Ex Ante and Ex Post that ordinary Law, "common Law", does not know. Especially, transparency (passive but essential obligation), the support of the effectivity of the system (active obligation, for example the obligation of universal service), the prevention of general risks.

But because Compliance Law is the extension of Regulation Law, it collects the archaic powerfulness of it: it is thus in a very general way that firms having not activities on regulated markets become transparent and are now submitted to Ex Ante obligations to reorganize their management and their governance to ensure the effectivity of a system that does not concern them (for example the fight against terrorism).

Thus through Compliance Law, all the firms even if they are not in a regulated sector, will lose the mastering of their informations and of their intern structuration and then be instituted as being in charge to concretize goals decided by others: by public authorities which will have decided to fight "by all means" against terrorism, against pollution, against child labor, for education, for peace, etc.

We find there the fundament of Regulation Law: efficacy and the fact that "by all means" it is necessary to reach goals, since the means are proportionate to goals, proportionality becoming the major legal principle, the one by which the judge exercises its control. The principle is archaic: "the end justifies the means".

And as all of this is internalized into global companies, the reason being that ailments are global or that the desired good is global and that it is necessary to reach them "by all means", then the public authority localized somewhere in the world can give a global order of Compliance and punish every firm which will not comply, even if this firm is outside its jurisdiction. This makes less useful international institutions as WTO. It is what Unites-States made for the rest of the world, also withdrawing from institutions by finding more direct relays. But every public authority can make this for every firm.

Companies being thus "obliged" to save the world - because that is what it is. They are now in charge of what we can call a "world public service", as even French authors would not have dreamed of conceiving it... We can be stunned and collapsed of it, especially if we think that companies are not made for this purpose.

We can thus approve such an evolution if on the one hand we are determined to not remaining without doing anything face to the decomposition of Public International Law which occurs just now, especially through the action of United-States which, because of Compliance Law, think that it is not necessary anymore, and if on the other hand we want to consider that care for others that cover all these "monumental goals" is our concern.

Yes. But if we approve such an evolution, it is also necessary to recognize that this constitutes a shock of an unequal dimension for subjects of Law that are companies.

HOW COMPANIES CAN RESPOND?

Companies which learn that legal borders do not exist anymore, that they are likely to receive orders to realize a new world order of concord and total information, order emitted by any public local authority and to apply it, except if they want to be sanctioned without any help possible from its own sovereign.

Certainly, companies can be "in reaction", because this could appear as unjust. For example, unjust fo an European firm to receive orders from American administration and to being forced to apply them without discussion, to transmit information and to pay while other zones of the world continue to not receive orders or to not apply them because these injonctions rely on the "law of the dollar". Companies can then have the impression of being abandoned by their States which should fight with them. In a system often described as "feudal", the overlord should defend his vassal... New crusade?

But first of all, as all "reactionary" approaches show it, so good are the reasons, we never succeed to recreate the past. We will not be able to come back when the world was created by States which signed multilateral treaties, respected them except in some cases, when WTO seemed the crucible of a civilized world order because jurisdictionnalized, in which would be added to the emerging rules of a Competition Law others such as those of the environment or decent work. If we cannot revive an old dream, then we must not stop dreaming but think to another dream.

In this perspective and secondly, why should companies be hostile to such a development, if it is linked to other moorings?

Is it not then and on the contrary the best prospect for them? And for States on which they are based and which must themselves also design a Compliance Law, rather than fight it.

Companies now govern the world. Rather than denying it, their interest is to admit the consequence of this: the responsibility. Not only in Ex Post (compensating damages obviously caused by the exercice of power) but also in Ex Ante.

"Ex Ante responsibility", it is exactly Compliance Law. It is admitting in Bottom up that the firm elaborates security norms (care for preserving systems) but also norms of care for others.

What we often call "Corporate Social Responsibility" is not another thing that Compliance, is not just "linked" to Compliance: it is Compliance. It is the enlightened Compliance not by the public authority anymore but by the firm: it is the same rules than those enacted by public authorities.

Let's take an example: "do not corrupt, do not being corrupted". It is a principle which is enacted by public authorities, that the loi "Sapin 2" takes back, but it is also the heart of the "ethical culture" of the CSR. It is the same rule.

From this point, why spending so much energy (time, money...) to escape to legal systems of global constraint, because they are identical with those of the firm itself? And, for once, in the same space of deployment which is the world.

Moreover, the great challenge of Compliance Law s constituted by what is called "data". The European Union succeed where, for the moment, other zones did not do anything. The California legislator has just followed suit.

But, data never was the characteristic of a special sector. Data can be defined as a "digital information", what should at the same time circulate, be the material of future goods and not hurt concerned human beings (personal data). This concerns not only every market, but also every sector and every firm. It is one way to conceive a Law which arrive to approach the phenomenon of "platforms", what remains to do, by no longer conceiving Compliance in a single report of extension of Regulation Law, by not conceiving it more in a single report of constraint.

Thus, companies which hold platforms, including financial market firms which were an example of that well before the occurence of non financial products platforms, by dint of not entering in the frameworks of Regulation Law - itself often thought through the traditional framework of Competition Law - since they do not constitute a market nor a sector, were not conceived in a Compliance Law which did not stand out from Regulation Law.

But if we conceive an autonomous and structured Compliance Law then the phenomenon of "platforms" can be sized in its powerfulness, and so in its responsibility, not only in Ex Post, but also in Ex Ante (Compliance Law).

If companies do not undergo passively this role but grab it, then Digital Europe which is a major challenge of existence of Europe in the world could occur. And especially by Data Compliance Law, that is of an information market not reduced to human being to be only a commodity consumed by others but on the contrary to be the center of the system preserved by the public Authority which is Data Regulator which intervene more in Ex Ante because the regulation system has been internalized by Compliance in all companies, the firm being in charge of security, circulation and protection systems. It is the modele of Europe: a market whose the heart is the person.

Thus, if Compliance Law has indeed stand out from Regulation Law, it is not to the detriment of companies, especially of the one which are not regulated and which may have bewildered of this compilation of constraints which came from meteorites, it is to their great benefit.

It is a chance that firms should take. They just have to translate it.

Frison-Roche, M.-A., Régulation, Supervision et Compliance (ed.), 2017 and the articles of the book.