Previous teachings, delivered at Sciences Po (Paris): in post since 2001 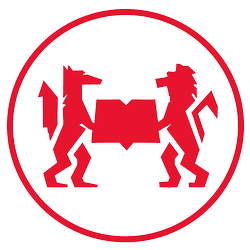 This educational project was in three interacting branches, in a progression that followed the students as they went from year to year.

The first step was to create a basic global legal culture, through a new "major course" (in French) in the second year, Les Grandes Questions du Droit (Major Questions of Law). This teaching was essential because the idea was in particular that these "questions" were intended to remain in the minds of the students who would later study, in particular through the Ecole Nationale d'Administration - ENA (French High Administration National School), and would perform functions where these questions would no longer be formulated in this way while they are at the heart of the techniques applied, for example procedure, contract or responsibility. The division of the course and the way of presenting it, the knowledge transmitted were conceived in this perspective. This is the first reason why I left Paris-Dauphine University to come at Sciences Po, so that the top-level Public Administration can exercise its functions with this also in perspective.

In addition and later in this first cycle (later called "Collège universitaire" (difficult to translate into English)), I created two seminars, one about Droit et Littérature (Law and Literature), the other about Droit et Cinéma (Law and Cinema).

Secondly, it was a question of awakening in the students an increased sensitivity on questions of justice (technical field in which I did my thesis), as well in undergraduate (what I taught with Guy Canivet, who was recruited as an associate professor) than in a large common course for all masters preparing for administrative competitions (course which was also conceived and created with Guy Canivet, with whom I carried out in parallel at the Cour de cassation (highest judicial court) cycles of conferences about Law and Economy of Regulation, which gave rise to works published in a collection that I created in 2003, common between Les presses de Sciences Po and Dalloz: Droit & Economie de la Régulation). This second branch of my teachings was anchored in Les Grandes Questions du Droit, which had provided the first basics about the judge and the judicial institution.

These lessons about justice and the links between Law, Economy and Justice were in 2009 closed or transferred to others.

Thirdly, it was a question of approaching Economic Law technically, in its basics through Les Grandes Questions du Droit, by developing it considerably through the Master of Economic Law, by focusing on Regulation Law, since I left Dauphine to come at Sciences Po, which seemed to me to be conducive to develop the "Law, Economy, State" triangle, in which Regulation Law operates. To link research, editing and educational work, I created the Forum de la Régulation (Regulation Forum), to which all the students of the Master of Economic Law attended. Having worked on the creation of this master's degree upon my arrival in 2001, it was officially created in 2004, as I had previously created a DESS (which could be translated by Superior Specialized Studies Diploma) in Economic Law at the Paris-Dauphine University (and before that a DESS in Economic Law at the University of Angers, first post after my Agrégation (French teaching diploma)).

My teaching in the Master of Economic Law was placed either in lecture hall, or in seminars, either at the beginning of the cursus or at the end of the cursus.

The DESS in Common International Law with Paris I having been transformed into DESS in Global Law, at my request so that the points of contact are more important with the issues of Regulation Law and leading with Horatia Muir-Watt this training, special teachings were also available in this training. They were also in the specialty "Intellectual Property", for the creation of which within the Master of Economic Law I asked Michel Vivant to come.

In 2009, all of these courses in Economic Law were closed or transferred to others.

Read the presentation and the summary of the current teachings: