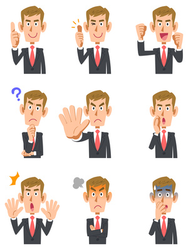 On the one hand, repression is the prerogative of the State which expresses it through the Criminal Law. Even though the administration has always exercised a power of sanction, the constitution of a kind of new branch of law, the "Repressive Administrative Law" was born from the regulatory Law.

Indeed, it was necessary that the Economic and Financial Regulatory Authorities should be established so that the idea of ​​an administrative police, whose deployment must be effective, implies a continuum between the Ex Ante and the Ex Post, this Ex Post taking the first form of repression (next to the fonction of the  dispute resolution).

The repression exercised by the Regulator, which itself has the institutional form of an Independent Administrative Authority (IAA), is expressed by Repressive Administrative Law. This Repressive Administrative Law is of a different conception of Criminal Law since it aims to reinforce the effectiveness of the Regulation of the sectors. Therefore, the French Constitutional Council (Conseil constitutionnel) was able to state in 1981 that criminal and administrative penalties were not like "in nature", the first aiming at punishing wrongdoing while the latter were aimed at yo regulate economic systems, except to respect the principle of proportionality. But this Constitutional Council in 2015 conceived rather the identity of the two repression and concluded the prohibition of punishing twice the same operator for the same fact (Non bis in idem). The two rules bodies are therefore mirrored.

The administrative power of sanction is essential for a regulator, ensures the effectiveness of the prescriptions it issues and the legislator keeps increasing this power. At the same time, it has become possible for operatoirs in recent years to agree on commitments and to avoid sanctions. This mechanism of "administrative composition" is not contradictory because, as the repression, which it arrests nevertheless, it ensures the effectiveness of the Regulation.