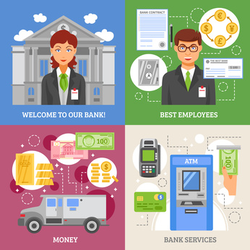 Banks are regulated because they do not engage in an ordinary economic activity, as their are likely to create systemic risk. In the real economy indeed, banks play the role of providing credit to entrepreneurs who operate on the markets for goods and services. These credits are mainly financed through deposits made by depositors and, to a lesser extent, by shareholders (i.e., capitalists). That is how liberalism and capitalism are bound up. However, banks also have the power to create money by the book entries they make when they grant loans ('book money'). As such, the banks share with the State this extraordinary power to exercise monetary authority, which some describe as sovereign power. It is possible that the digital eventually calls this power into question, since the Regulation currently hesitates to seize control over new instruments that are called "virtual currency" and that are used as proper "currency" or as an ordinary instrument for cooperative relation.

Banks' prominent sovereign character justifies, first and foremost, that the State is granted the power to choose the institutions which benefit from the privilege of creating book money- in this regard, the banking industry has always been a monopoly. Hence, Banking Regulation is first an ex ante control to enter the profession, and also a careful monitor of the people and institutions that claim they are in.

In addition, banks and credit institutions lend more money than their own funds can allow: the whole banking system is necessarily based on the trust that each creditors place within the bank, including depositaries who leave their funds at the banks' disposal for it to use them. That is where Bank Regulation intervenes to establish what is called 'prudential ratios', i.e., ratios that ensure the soundness of the institution by determining the amount of money that banks can lend based on the equity and quasi-equity they actually have.

Moreover, banks are constantly monitored by their supervisory Regulator, the Central Bank (in France, the Banque de France) that ensures the safety of the whole system by setting the State as the lender of last resort. This can, however, incentivize a large financial institution to take excessive risks based on its reliance on the fact that the State will save it eventually- that is what the 'moral hazard' theory systematized. All monetary and financial systems are built on these central banks that are independent from governments, which are far too reliant on political strategies and which cannot generate the same trust that a Central Bank inspires. Since the missions of central banks have increased over the years, and since the notions of Regulation and Supervision have come together, we tend to consider that Central Banks are now fully fledged Regulators.