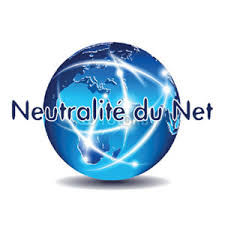 This is called the "principle of net neutrality" is a legal principle invented by North Americans.

This shows above all the power of the doctrine, since it is within the Law School of Harvard, this idea grew and spread, seminar by seminar, article by article. It then gained a foothold in texts, in various ways, depending on whether they fall within the North American law or the law of the European Union.

This is to say that everyone has the "right" to access any content available on the Internet under the same conditions as everyone else.

This new "right", erected in "principle" in "fundamental right" has considerable economic consequences, as if it exists, then business communication can hinder this fundamental right of access, for example by charging priority access through the use of bandwidth, while companies whose business is to surf the Internet, search engines, can make a lot of money without having to suffer the burden of managing bandwidth while building on what would be the right of users to access all content under the same conditions of efficiency.

The FCC has taken a stand to allow companies access provision (the providers) that the United States are often in the process of merging with companies to create content, and fighting against companies search engines for sharing consumers affordability to pay for priority access to content.

This decision is of considerable economic importance.

This did not please the President Barack Obama.

He underlines the benefit of search engines to the social group and the economy. As the population loves surfing all day on the Internet and does not measure the issues of the economy bandwidths.

That is why the President's position is described as "populist".