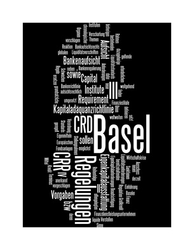 Prudential standards are safety requirements ("prudence") imposed on companies so that they are solid, this solidity being required because a failure would be catastrophic for the sector to which they belong.

The banking sector is the paragon of the sector in which prudential standards apply, banks and credit institutions being thus protected from the systemic risk of default, the effectiveness of these standards being ensured by the vigilance of the supervisory authorities, the most often the Central Bank.

But prudential and regulatory standards are getting closer and closer, especially since the 2008 global financial crisis.

The “Basel Committee”, a committee bringing together in Basel, under the aegis of the Bank for International Settlements, central bankers and regulators, formulated “recommendations” at the end of the 1980s (Basel I Accord, transposed into law national on the basis of state voluntary service) in order to ensure the stability of the international banking system by setting a minimum amount of bank capital. Initially set at 8% of equity in relation to the loans granted, this "Cooke ratio", the main limit of which was to take into account for this calculation only the total amount of loans distributed and not the customer risk attached to them. . It was consolidated and surrounded by two additional guarantees when the Basel II accord was signed in 2004. This is based on three pillars: the first, based on the “McDonough ratio” (not only taking into account the amount of credits allocated but the probabilities of default of the counterparty and of the credit line), was intended to offer a better assessment of credit risks by authorizing the use of ratings from approved agencies (eg Standard & Poor's) or risk models internal to banks; the second allows the regulator to monitor the application of these standards and to increase the capital requirement if necessary; the third requires the transparency of information communicated by banks to the public on assets and their risk.

Because the crisis has shown that regulation could not be thought of, only in a regulatory way but had to include a part of prudential, through the notion of "macro prudential", the so-called "Basel III" standards were developed. These are of the "regulatory prudential" type, that is to say prudential standards that have become sensitive to the market context and aim, as regulatory standards do, to maintain effective balances in the markets which cannot establish them. by themselves. In particular, the Basel III agreements take into account the risk, not previously considered, of the widespread practice of derivatives (securities presenting significant off-balance sheet risks), involving prudential measures, which had participated in the misinformation. on the risks that may circulate on the markets, thus requiring regulatory measures, market transparency then being the key means pursued by regulation.

Moreover, the Basel III standards revise the definition of “Tier-1 capital” (hard core of banks making it possible to cope with losses linked to a crisis) so that these can no longer be constituted as ordinary shares and profits put in reserves by the bank, thus preventing the risk of contamination of the system.