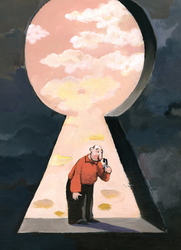 In the continental tradition, particularly in France and Germany, the general interest is served by the State. In the more liberal British and American tradition, the general interest is merely the addition of individual interests, the market being thus able to serve the latter. This assertion, which is essential for the way competition law and the public service are articulated, is questioned in continental culture, particularly in France.

In this historical, philosophical and cultural context, Regulation can have the function of balancing the principle of competition which would be limited to the particular interests of those who have the ability to be market players on account of their solvency and knowledge , and the general interest that cares and the interest of the weak (in money, knowledge, technical skills) and the interest of the social group in the long term.

This general interest has long been expressed through the French notion of public service. It was still reflected in the theory of Regulation when it is the policy that imposes that competition should give way to a consideration that is contrary to it, for example access to a common good such as health or education.

Today, by the concepts of Compliance and, adjacent to it, Corporate Social Responsibility, it is possible that the general interest is the notion on which "public interest entities" can find themselves, in order to serve a Interest that goes beyond the people who compose, direct and serve these entities, whether public (state) or private (large international groups, crucial operators).