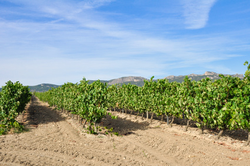 Regulation has historically been built on the idea of ​​a sector, for example telecommunications, energy, rail, banking, audiovisual etc. This was linked to the fact that the regulations were thought by Europe and more particularly the European Commission as a means of establishing effective competition in a process of liberalization of sectors.

But that was to think excessively about regulation over competition, that is, regulation as a means of building competition. In fact, regulation can be today, in a primary way, a means of preventing crises and managing risks, as well as a means of long-term management of goods and services that do not support the instantaneousness of markets, even led to competitive maturity.

However, in this second perspective, the risks are in no way confined to a sector. On the contrary, they move from one sector to another. Likewise, a good, over time, passes from one sector to another. Thus, the time has come to qualify the thought of regulation in relation to the sector and to conceive the regulation in relation to the movement of goods that do not only move in a flat way on markets but also in chains within which they develop, which supposes long-term planning (as in energy matters), and in which they carry risks with them, which confinement in a sector does not make it possible to manage.

Thus, the contamination of the banking risk inflamed the financial sector and the insurance sector in a manner as devastating as does a health risk ranging from the water sector to that of food, medicine, etc. the same way that data moves from the television sector to the telephone sector, to the digital sector.

Moreover, agriculture, whose regulation is still very poorly thought out, except for an old report on the “timber industry”, shows that the good goes from the purely agricultural sector to the food sales or pharmaceutical production sector, themselves. regulated without connection. The agricultural organizations spontaneously coordinated to integrate this reality of the chains.

If we better integrate this reality of the chains, which corresponds to the way in which risks spread, a major issue of regulation, a dimension that has nothing to do with competition, we would have to disconnect regulation from its strict link with the notion of sector, or at least, better organize interregulation.