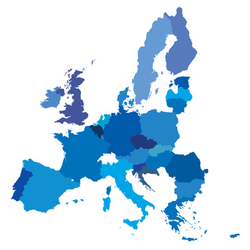 Europe is a political project.

This project was conceived at the end of the second world war with the aim of never having a war between the European countries. For this Jean Monnet had the idea of building an economic market as the first step, the second step being a political government. This second stage remains to be established today, since the European Constitution has failed.

Europe is therefore in the middle of the ford since Community law has built the three freedoms of movement and competition law, but we have no economic policy or market governance. Thus, for none of the regulated sectors of the European regulator, many say, for example, the need for a European banking and financial regulator. The financial crisis that the United States exported to Europe has generated the secondary benefit of laying the foundations of the European banking Union and coordination of financial markets is being put in place.

But historically, Europe has exercised its power and weight on the Member States by its own Competition Law and the principle of freedom of movement and installation without associating or replacing it with European regulatory perpective or that the Member States can effectively oppose their traditional system of centralized regulation, for example, through the mechanism of State control over public monopolistic enterprises.

Moreover, in a movement perceived at first as a great aggression but more in line with the prospect of building a "Europe of Regulation", through the directives of liberalization, first of all concerning telecommunications, then Electricity, and then gas, in energy or telecommunications, Europe has imposed on States the guidelines for the new regulatory systems, which continue to remain national. It was spontaneously that the National Regulators were in each of the sectors networked to exchange information, to increase their effectiveness. As long as Europe can not establish an economic government, because there will not be a political Europe, it will be difficult to argue that there is a Europe of Regulation, insofar as regulation is a triangle between economics, law and politics, and the latter is most often lacking at European level, for example in the technological choices to be made in the sectors.

The movement has historically been very differently in finance. It did not come from Europe, but from the United States and did not take a binding form. Countries, notably France, wanted to gain the confidence of foreign investors, decided in the late 1960s to opt for models of independent regulators: the "Commission des Opérations de Bourse -COB" was designed on the American model of the Securities and Exchanges Commission -SEC".

Only in the aftermath of the financial crisis, itself of banking origin, did Europe appear in these sectors. Europe is in the making. It is based on the European Central Bank (ECB). This evolution can produce a rebalancing of institutions and subjects, with the ECB coming in balance with the European Commission, which remains focused on Competition Law.

But there are "two Europes". The first, described above, is "economic" or of the "political economy." The second is the Europe of Human Rights, constructed by the same catastrophe constituted by the Second World War on the European Convention on Human Rights. Human Rights (ECHR). They are articulated closely, but sometimes with difficulty, in the Law of Regulation.