Rights of the defense 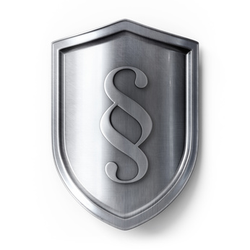 The procedural guarantees enjoyed by a person whose situation may be affected by a forthcoming judgment are mainly the right of action, the rights of defense and the benefit of the adversarial principle.

The rights of the defense have constitutional value and constitute human rights, benefiting everyone, including legal persons. The mission of positive Law is to give effect to them in good time, that is to say from the moment of the investigation or custody, which is manifested for example by the right to the assistance of a lawyer or the right to remain silent or the right to lie. Thus the rights of the defense are not intended to help the manifestation of the truth, do not help the judge or the effectiveness of repression - which is what the principle of adversarial law does - they are pure rights, subjective for the benefit of people, including even especially people who may be perfectly guilty, and seriously guilty.

The rights of the defense are therefore an anthology of prerogatives which are offered to the person implicated or likely to be or likely to be affected. It does not matter if it possibly affects the efficiency. These are human rights. This is why their most natural holder is the person prosecuted in criminal proceedings or facing a system of repression. This is why the triggering of the power of a tribunal or a judge offers them in a consubstantial way to the one who is by this sole fact - and legitimately - threatened by this legitimate violence (one of the definitions of the State ).

The rights of the defense therefore begin even before the trial because the "useful time" begins from the investigation phase, from the searches, even from the controls, and continues on the occasion of appeals against the decision adversely affecting the decision. The legal action being a means of being a party, that is to say of making arguments in its favor, and therefore of defending its case, shows that the plaintiff in the proceedings also holds legal defense rights since he is not only plaintiff in the proceedings but he also plaintiff and defendant to the allegations which are exchanged during the procedure: he alleged to the allegation of his opponent is not correct.

It is essential to qualify an organ as a tribunal because this triggers for the benefit of the person concerned the procedural guarantees, including the rights of the defense, which on the basis of Article 6 of the European Convention on Human Rights man was made about the Regulators yet formally organized in Independent Administrative Authorities (AAI). This contributed to the general movement of jurisdictionalization of Regulation.