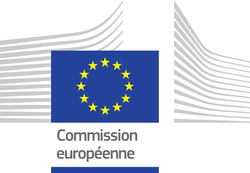 The United States established regulatory authorities at the end of the 19th century: starting from the principle of the market, they tempered it by setting up regulators, after noting market failures, for example in terms of transport, in the event of economically natural monopolies or essential facilities. The tradition of the European Union is the reverse since the States, in particular the French State, have considered that sectors of general interest, deemed unsuitable for the competitive pattern because not corresponding to the operational pattern of the meeting of supply and demand, and to serve the missions of public services, were to be held by the State, either directly by public establishments, or by public enterprises under the supervision of the ministries.

Evolution in Europe came from community Law. Indeed, after the Second World War, the idea was to build a market which was to be "common" to European countries so that they could no longer wage war on each other in the future. To achieve this goal, the borders between them were lifted thanks to the principles of free movement of people, goods and capital. In the same way, the defense by each of the States of its own national companies by State aid has been prohibited so that any company, even foreign, can enter its territory, so that a common internal market can be established. Finally, a competition Law was necessary to prohibit companies and States from hindering the free functioning of the market, which would have slowed down or even stopped the construction of this internal market, which was an essentially political goal of the Treaty of Rome.

To carry out this political goal, the European Commission and the Court of Justice of the European Union (CJEU, previously called the Court of Justice of the European Communities - CJEC - until the Treaty of Lisbon) have prohibited any behavior of agreement or of abuse of a dominant position, even on the part of public enterprises, as well as any state support (except in the event of a crisis). Likewise, in perfect political logic, but also in perfect contradiction with European national traditions, European texts, regulations or directives have liberalized previously monopolistic sectors, first of all telecommunications and then energy. This was the case for telecommunications with the 1993 directive, the 1996 directive for electricity and the 1998 directive for gas.

Because of the hierarchy of standards, the States, except to be sued before the Court of Justice by the European Commission in action for failure, were obliged to transpose by national laws these European texts. Thus, by force, community law, both through general competition Law, but above all to achieve its political goal of building a single and initially peaceful internal market, has triggered in Europe a system of economic regulation in all network industry sectors, a system which was nonetheless foreign to the culture of the Member States. This was not the case with banking and insurance regulations, sectors which have always been threatened by systemic risk, and as such have been regulated and supervised by national central banks for a very long time.

Community Law has for 30 years plunged into national Law while ignoring them, which could also be profitable, and on the basis of competition Law, the political dimension of the European project having been forgotten, no doubt over time as the War itself faded from people's minds.

The effects of globalization and the financial crisis have constituted a new turning point in Community Law which, since 2010, has been built no longer to modify national Laws - and destroy them in part - but to build a new Community Law which should neither to Competition Law nor to National Law: Community Regulation Law, which makes room for individual rights and attempts to build over time a system that is robust to crises. Thus, by texts of the European Union of 2014, both a Banking Union and a new Law on Market Abuse is being built, which aims to establish a common law for the integrity of financial markets.

One of the challenges is what could or should be reconciliation between the two Europe, an economic and still not very social Europe on the one hand and the Europe of Human Rights, which is based on the European Convention on Rights of Man. This is not on the agenda.