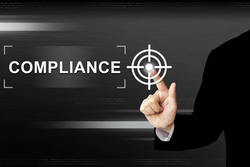 "Compliance" is the typical example of a translation problem.

Indeed and for example, the term "Compliance" is most often translated by the French term "Conformité". But to read the texts, notably in Financial Law, "Conformité" is aimed rather at professional obligations, mainly aimed at the ethics and conduct of market professionals, especially service providers of investment. It is both a clearer definition in its contours (and in this more certain) and less ambitious than that expressed by the "Compliance". It is therefore, for the moment, more prudent to retain, even in French, the expression "Compliance".

The definition of Compliance is both contentious and highly variable, since according to the authors, it goes solely from the professional obligations of financial market participants to the obligation to comply with laws and regulations. In this latter sense, that is, the general obligation that we all have to respect the Law. To admit that, Compliance would be Law itself.

Viewed from the point of view of Law, Compliance is a set of principles, rules, institutions and general or individual decisions, corpus of which the primary concern is efficiency, in space and in time. The purpose is to put into practice general interest goal targeted by these gathered techniques.

The list of these goals, whether negative ("fighting": corruption, terrorism, embezzlement of public funds, drug trafficking, trafficking in human beings, organ trafficking, trafficking in poisonous and contagious goods - medicines, financial products, etc.) or positive ("fighting for": access to essential goods for everyone, preservation of the environment, fundamental human rights, education, peace , transmission of the planet to future generations) shows that these are political goals.

These goals correspond to the political definition of the Regulatory Law.

These political goals require means which exceed the forces of the States, which are also confined within their borders.

These monumental goals have therefore been internalized by public authorities in global operators. The Compliance Law corresponds to a new structuring of these global operators. This explains why the new laws put in place not only objective but structural repressions, as in France the "Sapin 2 Law" (2016) or the "obligation of vigilance Law" (2017) .

This internationalization of the Regulatory Law  in companies implies that the public authorities now supervise the latter, even if they do not belong to a supervised sector, or even to a regulated sector, but participate, for example, in international trade.

The Law of Compliance thus expresses a global political will relayed by this violent new Law, most often repressive, on companies.

But it can also express on the part of the operators, in particular the "crucial operators" a desire to have themselves concern for these monumental global goals, whether of a negative or a positive nature. This ethical dimension, expressed in particular by the Corporate Social Responsibility, is the continuation of the spirit of the public service and the concern for the general interest, raised world-wide.