How Compliance Law can help decisively to the construction of Europe 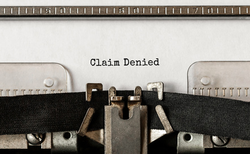 This working paper serves as the basis for an intervention in the conference held at the Collège de France.

Read the presentation of this conference (made in French).

For the moment, Compliance can be considered as almost "nothing" because in Europe Compliance is just a "reaction", verty technical, costly and empty against the U.S.(I). And for the moment, we only see one accumulation of mechanical sectorial constraints guided by the concern of efficiency, without associating this to the construction of the Europe .(II) On the contrary, what is before us, the tools and actors being already available : formulating the political goal of the Compliance Law: building Europe, a market where the center is the Person (III.

I. FOR THE MOMENT, COMPLIANCE IS NOTHING, JUST A REACTION, VERY TECHNICAL AND COSTLY REACTION AGAINST THE U.S.

If we admit that Europe is an area that is being built, that this space and this construction are not "natural", that it will not be "all by itself" and that we want it to happen as an area, that is to say a space with limits that differentiate it from the outside and open it to this exterior, according to the distinction made by Alain Supiot between "Mondialisation" and "Globalization", he then there must be a "construction action".

For there to be an "action", there must be a goal. This is the definition of the action. Not to limit the movement by beginning of the others, that is not an "action" but just a "reaction".  However, for the moment in Europe, the Compliance is only that: "to react" to the United States. That's all. The reports, the expertise, the forces, the money, go towards that: to fight against the extraterritoriality of the American Law, to negotiate to be less sanctioned, etc. In short, limit the damage. This can not be described as a "goal." This is not an action.

But Law a "practical art" : it is an action.

Technically, it can only be formal: it then lends its strength to other goals than goals that are its own. We then look at what is attractive in the legal reglementations, legal decisions, legal processes : its "binding force". That of laws, international treaties and contracts. This makes it all the more possible to negotiate and Compliance techniques are full of negotiations. It is then a kind of empty action, without purpose.

And we can try to imagine some secret goals .....

If these goals are totally external to Europe, then it is useless, which is annoying because the  Compliance devices mobilize around the world a lot of forces.  There is not much left for the European construction. And if the aims of these Compliance requirements are contrary to the goal of the construction of Europe, then in the European perspective the  Compliance system is catastrophic and must be fought against.

This last statement is so often made: the  Compliance invention would be a political and economic weapon of the United States, a "Trojan horse" to invade Europe (as if we are alone US and Europe in the world) and if we integrate it, then not only we do not build Europe but we destroy it.

So the little strength left to the European system, we must devote it to fight against the Compliance Law, not only the enforcement of the US law in Europe but only the transposition of the spirit and techniques of Compliance (eg  in France Sapin 2 and Vigilance Acts , Law Vigilance, 5th European Directive against the laundering money, etc.). So that Europe will manage not become another state of the United States.

But to see things this way is so to underestimate Law and its nature.

In fact, let's go back to the definition of Compliance Law, not that it is for the moment in multiple sectors. Look to the future. Because we have a historic chance: it is a Law under construction, so little construction still that the foundations are still fresh, we can make the frescoes.

We can be the "architects". We must be.

For now, we are not. We are locked in rules that are both very technical, sectoral, and developed in areas that do not need an ambition that is that of Europe, namely to build. Therefore, for the moment, the Compliance Law is only an accumulation of technical rules, without a major political goal, and that we take and memorize, applying them mechanically, subject by subject, country by country . If it is not that, it does not have a major interest.

While for Europe, because Europe must be built, Compliance Law is a historic opportunity.

II. FOR THE MOMENT, WE SEE ONLY ONE ACCUMULATION OF MECHANICAL SECTORIAL CONSTRAINTS GUIDED BY THE CONCERN OF EFFICIENCY AND WE DON'T ASSOCIATE THIS TO THE CONSTRUCTION OF THE EUROPE

Let us first recall in a few words and branch of law by branch of law, what is the compliance mechanisms, which are mainly thought in the United States, then "translated-glued" elsewhere. Let's stay at this technical surface first. It occupies all the Law of Banking and Financial Regulation, all institutions that map risk, organize alert systems, and hire the chiefs compliance officers. The idea is to internalize the rules, usually sanctioned in Ex Post in the subjects of law (companies) so that they take care themselves in Ex Ante the effective implementation of these rules. The goal is the prevention of systemic risk by preserving the integrity of banking and financial systems.

If we observe the Competition Law, it is a question of proceeding in the same way, but this time by less violent methods because it is not a concern for systemic risk but to increase the effectiveness of the rules of preservation of the markets of goods and services, in a better understood interest of the companies, in particular their reputation preserved and increased Ex Ante.

It should be noted that the United States tends to stick to this systemic goal. First of all, because the Compliance Law has its normativity in purpose (teleological law), insofar as the markets are global, it is logical that the American Law of Compliance "pretends" technically not to be limited in scope by borders.

In addition, the United States, or China, or India, do not have to associate with this goal of preservation systems a goal of building a zone, since they are already an area. But in Europe the second goal must be the first.  This is why the European Compliance Law can be the simple reflection of the other Compliance Laws.

Finally, we measure the extent to which the Regulation Law and the Compliance Law are twin brothers.

This is why we said so often that Compliance is a method. A "reaction" to the disparition of borders, the companies which are global being the solution. But this conception is not substantial.

And it is very important that by this internalization these global companies being those concretizing the rules which create alone the rules. But if Law do nothing (see part I), it will not fair to criticize them to do so.

Therefore, the major issue today and now is: "the claim that Law and the Economy" can put in the internalized goals in companies via the  Compliance Law.

III. WHAT IS BEFORE US, THE TOOLS AND ACTORS BEING ALREADY AVAILABLE: FORMULATING THE POLITICAL GOAL OF THE LAW OF COMPLIANCE : BUILDING EUROPE, A MARKET WHERE THE CENTER IS THE PERSON

It is necessary and sufficient that the aims of the Compliance Law and the ambition of the European project coincide.

Fort that, the aims of the Compliance Law must correspond to the values ​​of Europe, those which are its own, those which make its identity.

Either it is already the case, or it is so in a virtual way, that the Law of the Compliance will have the immense virtue to reveal.

it is already the case. Indeed, Compliance Law is today at the heart of environmental Law. Either through an entrenchment effect, through the notion of "green finance", or directly through obligations on energy companies, the Paris Summit on climate change having been specifically attached, for example by Pierre Sellal, at Compliance Law.

However, the United States does not integrate these concerns of the Compliance Law,  that by fair means of foul inserts goals that are not just goals of preserving economic systems. The links and very rare continuum between Criminal Law but also Corporate Social Responsibility and Ethics are the mirror of the links presents but more future between firms, regulators and judges.

Indeed, the Compliance Law must allow companies to integrate under the control and cooperation of the regulators (The French Agency against the corruption presents itself in the press release of 2 October 2018 as a "point of support" for companies in the fight against corruption) concerns and goals that exceed that.

Indeed, the Law of Compliance is defined as the internalization in some companies, the "crucial enterprises", of "monumental goals".

we can distinguish three sort of monumental goals.

1. Some are common with other areas of the world: preservation and management of systemic risks. Some are common and already shared by Compliance, for example the concern and the fight against the systemic financial risks.

2. But others are commons and not shareds : it is the cas for the environment.

In this respect, Europe, in so far as it is concerned, has a major role to play: "to bring this global concern worldwide".

3. And then, there are "monumental goals" that are not shared by other areas of the world simply because they are not common. They are common only inside Europe. They form the identity of Europe.

This identity, its preservation and its reinforcement, becomes inseparable from the construction of Europe. In this, not only can Europe be the global bearer of a global concern, but it can be "exemplary" in that it can render global by its own construction and as it retains its identity an idea that deserves to be global.

Europe has already done it.

Why would not she pretend to do it again?

Not against corporations, not against the United States, always against ..., and always through empty mechanisms: but by a substantial and exemplary action in which Europe expresses what it has always been.

And this "monumental" concern that the Law of Compliance can and must take charge of is the Person.

This is seen in what Compliance Law could do for the employee's person; for the person of the patient; for the woman, for the child, the human being at once unique and yet equal to the other.

This concern for the person is the definition of Europe. It can be shared on certain points by the United States but undoubtedly on this point Europe has to learn in the United States. When in other parts of the world - because Occident is not the only one in the world ...., it is in these terms that we should think and here Europe can claim to be exemplary. Notably worry about the digital power that is being built in China, especially in that it is closing digitally.

In this respect, the Compliance Law is the opposite of allegiance to the United States, it is the contribution to the European construction itself, of a Europe that can be global in scope, not in because of its number of its consumers but as it can conceive to put the person at the center of the market, doing it by the Compliance  Law of Compliance which helping to preserve what Europe says and that Law enacts: the human being is the measure of all thing.