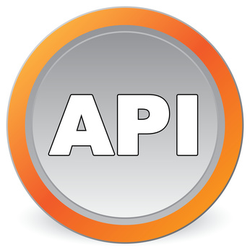 Formally, the legal system had constructed the regulatory authorities in the form of Independent Administrative Authorities (AAI).

The stake being to build their independence in an institutional and consubstantial way, the Legislator conferred a new status: that of Independent Public Authority (API). Thus, the Autorité des Marchés Financiers (AMF), the Commission Nationale Informatique et Libertés (CNIL), the Haute Autorité de Santé (HAS) or HADOPI are classified among APIs and not only among IAAs.

We must therefore see two distinct legal categories, AAI on the one hand and APIs on the other.

Thus the two laws of January 20, 2017 relate, to better supervise them, both on AAIs and on APIs, but reading the preparatory work shows that the two categories show that they are treated in a fairly common way. Even more if one consults the sites of certain regulatory authorities themselves, such as HADOPI, for example, it presents itself as an "Independent Public Authority" but defines this legal category as being that which targets the Authorities. Independent Administrative .....

It thus appears that the category of Independent Public Authorities is above all marked by the symbol of a greater dignity than that of the category of "simply" Administrative Independent Authorities. From a technical point of view, the two categories are essentially distinguished from a budgetary point of view, financial autonomy being the nerve of independence. This is how the AMF's budget is based on the size of market operations, through tax mechanisms that are not included in the LOLF. Independence does not extend to autonomy, the API does not negotiate its budget with Parliament, since an Independent Public Authority is not a Constitutional Authority.