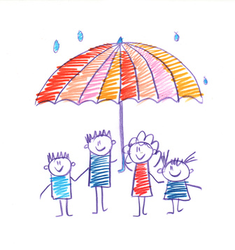 The insurance sector has always been regulated in that it presents a very high systemic risk, since the economic operators' strength is required for the operation of the sector and the bankruptcy of one of them may weaken or even collapse all. In addition, insurance is the sector in which moral hazard is the highest, since the insured will tend to minimize the risks to which he is exposed in order to pay the lowest premium possible, even though ehe company is engaged to cover an accident whose size can not be measured in advance. Thus, the science of insurance is above all that of probabilities.

The recent challenge of regulating insurance, both institutional, the construction and the powers of the regulator of the sector, and also functional, namely the relations that it must have with the other bodies and institutions, lies mainly in the relationship between the insurance regulator and the bank regulator, which refers to the concept of "interregulation." If the formal criteria are followed, the two sectors are distinct and the regulators must be similarly separated. There was the case in France before 2010. En 2010, considering activities, sensitive to the fact that insurance products, for example life insurance contracts, are mostly financial products, and moreover, through the notion of "bank-insurance", the same companies engage in both economic activities, the solution of an unique body has been chosen.

A part from the fact that in Competition Law companies are defined by market activity, the main consideration is that the risk of contamination and spread is common between insurance sector and banking sector. For this reason, the French  Ordinance of 21 January 2010 created the Autorité de Contrôle Prudentiel -ACP (French Prudential Supervisory Authority), which covers both insurance companies and banks, since their soundness must be subject to similar requirements and to an organization common. The law of July 2013 entrusted this Authority with the task of organizing the restructuring of these enterprises, thus becoming the Autorité de Contrôle Prudentiel et de Résolution - ACPR  (French Prudential Control and Resolution Authority).

However, the substantive rules are not unified, on the one hand because the insurers are not in favor of such assimilation with banks, secondly because the texts, essentially the European Directive on the insolvency of insurance companies ("Solvency II") , eemain specific to them, and at a distance from the Basel rules applying to banks, which contradict the institutional rapprochement exposed before. European construction reflects the specificity of the insurance sector, the Regulation of 23 November 2010 establishing EIOPA, which is a European quasi-regulator for pension funds, including insurance companies.

The current issue of insurance regulatory system is precisely the European construction. While the Banking Union, the Europe of banking regulation, is being built, the Europe of Insurance Regulation is not being built. Already because, rightly, it does not want to merge into the banking Europe, negotiations of the texts of "Solvency II" stumbling on this question of principle. We find this first truth: in practice, it is the definitions that count. Here: Can an insurance company define itself as a bank like any other?