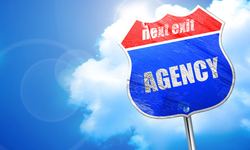 The concept of 'Agency', sometimes confused with the one of 'Regulator', designates a way of deconcentrating the State. Away from a French Jacobin outlook, states have indeed gradually devolved their sovereign responsibilities to other institutions, which are often geographically distant from the state's political capital city. These agencies are a form of technical decentralization because they are in charge of operational tasks and specific expertise, e.g., as regards employment, environment or health issues. This model, which is very common in Scandinavian countries, is often associated with federal structures, like in the United States. It is still fairly remote to the French model that remains to this day built on the idea of a centralized and unified State. So far, France has only developed a few agencies (e.g., France Trésor, tasked with managing France's government debt and cash positions).

In a different perspective, although the two notions are homonyms, the American financial theory developed the notion of 'agency' to describe the relationship between the corporate officer (the agent) and the shareholder (the principal), who empowers the first to act on his behalf to serve his interest. Information asymmetry and conflict of interest mark this relationship, which explains that this theory helped developing multiple safeguards, conveyed by the Financial Regulation.