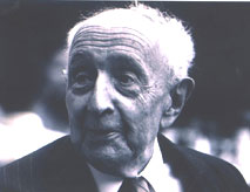 His thoughts and work cannot be separated from his Protestant faith and his many works also include this religious dimension.

Between 1967 and 1985, he designed and wrote the reform of civil family law, beginning by the disabilities law and ending with divorce law.

Sociologist as well as a lawyer, he believed that the law must adapt to the mores.

Politically, he said that the law must be made by the legislature, who must respect the practices and let their large place, while the case law should remain in place, that of authority.