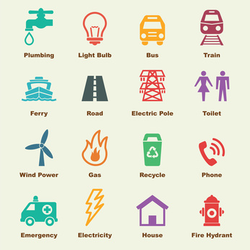 The traditional conception of the State is that it serves the general interest through its public services, either directly or by entrusting them to operators, by delegation (eg by the concession technique). The public service is now generally defined in a functional way, ie through public service missions that the organization must carry out, such as ensuring public transport or caring for the population regardless of the solvency of the patient.

For a long time, this has been a sort of "fixed sequence": State - public service - public enterprise (eg public school, post office, in France SNCF or EDF). The liberalization of the sectors, the first reference to the market as a means of attaining the general interest, the first reference to Competition and, in Europe, the central play of Community Law have converged to shatter this intimacy.

Today, in a fragmented game, regulation retains this concern for public service missions in balance with competition, but this concern is placed in a competitive context and under the control of a regulator. The system is more difficult because this breakdown poses new difficulties, such as the asymmetry of information and the difficulty of long-term planning

It better corresponds to an economy open to a globalized system.