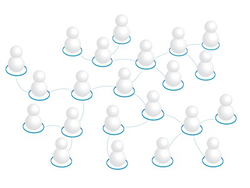 The State's traditional view is that it serves the general interest through its public services, either directly (by its administrations, or even by public enterprises), or by delegation (eg through the concession mechanism). Public service is generally defined in a functional way, ie through public service missions that the organization must perform, such as providing public transport or caring for the population whatever (Eg in France by the public firm the SNCF). The liberalization of those public sectors, the primary reference to the market as a means of achieving the general interest, the primary reference to competition and the play of the European Law has destroyed this intimacy between public service, general interest, public enterprise and State.

Today, in a dialectical game, the Regulation keeps this concern for public service missions in balance with the competition, in a competitive context and under the control of a Regulator. The system is more complex and challenging because it creates new difficulties, such as information asymmetry or less easy integration of long-term planning, but it is better suited to an open and globalized economy.