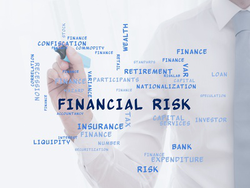 Systemic risk is defined as what threatens a sector when the behavior and more particularly the failure of a single economic agent leads to chain behaviors (domino effect), which can cause the entire sector to collapse.

Banking and financial systems are by their very nature and definitely subject to systemic risk since a financial institution bankruptcy causes depositors to panic and withdraw funds, a behavior that is generalized and causes the market to collapse. The self-fulfilling and inescapable effect of the process makes the prevention of systemic risk imperative, both by the financial regulator and by the central bank.

This is why this is the strongest hypothesis where the principle of competition, however very strong between banks, is weighed against the radically necessary prevention of systemic risk. The means to prevent a systemic risk in order to manage a systemic crisis of a realized risk or to get out of the crisis are today a primary concern, leaving the concern for competition far behind. This is why all countries are now seeking to rebuild banking and financial regulation which could not play its role since the financial crisis occurred in 2008.

The Banking Union is built in this spirit. The less advanced Capital Markets Union, too.