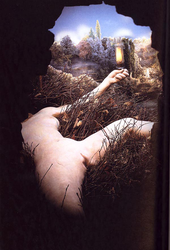 Law is a reconstruction of the world through definitions and categories, by words, to which connects the body of rules. There is always a share of invention in Law hand and a fidelity to the concrete world that Law transcribes to better govern this reality. . However, the term "data" is fairly imprecise.

Indeed, "data" are not precisely defined. Even if we take the term "personal data", for example in the French and European Legislation !footnote-208. If one refers to the article of the European directive, the definition refers to any relating to an identified or identifiable natural person. But the decisional practice of the Regulators has produced a more accurate conception. Indeed, in casuistry developed by the case-Law elabored by Regulators that have always given relevance to the capacity by one who has any to "recognize" a natural person, that is to say to make a link between this and natural person he can find and distinguish this person  from other (identification process). More precisely,  Regulators now refer to "personal data" not so much in relation to the person to whom they relate but compared to the use that is made, or for which the "data" has been collected, processed and preserved!footnote-317.

1. The uncertainty of the concept of "data"

What is considered by the legal protection mechanisms, it is primarily the technical capacity to isolate a person in the mass of other people, coupled with the ability to extract that may constitute even potentially a danger to herself or others. This is why the "Personal dimension", which is for the person that the 'substantial quality' is for the substance in the law, can only be understood in relation to the purpose for which the on this person is collected.

A "data" can be defined more generally as factual elements that a person extracts from the real world, that is to say !footnote-300.  Data is always a segment of the real, which is a mass. Taking the example of "personal data", it is opposed to the mass of the real, which is contrast "anonymous" because the world can never be reduced to one person. So when the neutralization of the harmfulness of personal data takes the form of anonymisation of data, this is only a return to what characterizes reality: being a magma.

But here we find the distinction difficult and often sought between the "given" and the "constructed" because we know that the is itself a construction, since it does dut off a part of the reality only for isolate it (e.g. the address of a person). This division is usually operated by somebody (a business, a government, etc.) in order to be able to be juxtapose this part of reality to other realities selected by it (for example at other personal adresses) in a relevant link that will appear only by the use to be made (eg the creation of a list, to send relevant advertising, to monitor a group, etc.).

Science, which is subjective art to draw up , is a construction of the world. Thus, what is called for under the new term "metadata" is the build of new systems, and reports it in an old mechanism!footnote-318. One can take the example of the accounting mechanism of "balance", which juxtaposes accounting data. These, juxtaposed in accounting items, then by accounting restatements, end up producing “financial ”!footnote-352, which can be said that it consists of metadata which the company and its stakeholders are the sources.

The data don't escape this non-immediacy between reality and the image that gives . Without joking, it is some building into a « donnée »!footnote-316. This constructed nature of the data comes not only from the fact that is a construction but also the fact that data has value because inserted in a "database", a "database", whose architecture is protected as a human creation. It is also because the data was influenced by the regulatory system of which it is subject.