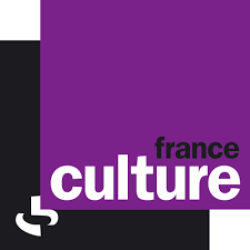 Sylviane Agacinski explains her book on two subjects: "gestation for others" on the one hand, organ harvesting from corpses on the other.

During this interview, Sylviane Agacinski recalls that the principles insofar as they pose the dignity of the human person and their respect do not have to be "reviewed".

She notes that the method which from the outset posed the revision of the bioethics law, which does not at all imply the revision of these principles, does not lead under the pretext of a "societal evolution" and by soliciting opinion public in this way.

She challenges the definition of ethics which would be "limit the damage", in particular in the area of ​​surrogacy.

So that one cannot conceive of ethical GPA, in particular because it is always remunerated.

It is as if when, at the time of the abolition of slavery, the solution of "ethical slavery" had been considered;

In the program is broadcast a sound extract from Ogien, who said that the exchange between two people should be admitted because it is a fact and that the law must frame it. To deny it is, according to him, a blindness.

Sylviane Agacinski completely disputes this position. She says it is by no means a "double gift", but a real market. She points out that Ogien was a libertarian, that he believed that one is "owner" of his body and that one can therefore dispose of it, and that he therefore admitted that one can sell it. She believes that this is an "intrinsic abuse" and should not be admitted.

In the program, we then ask Sylviane Agacinski if she would admit these practices if we managed to remove any market dimension?

She says it never happens, that there is always money. And that even if, as an exception, for example between sisters, this happened, one cannot appropriate the pregnancy of another and that the intended result is to attribute to oneself a child, who is the object of the transaction. It is no longer even the "third body" which is an instrument, but rather a "depersonalization", the woman who "serves" is "inhuman".

Sylviane Agacinski radically criticizes the notion of "presumed consent". She claims that this notion does not make sense. When the consent expresses the will (as in marriage), either we say "yes" or we say "no", we can not impute to you what thing like "I do not say no".

She advises us to look at the way in which the Germans are evolving in this matter, which does not go towards the concept of "presumed consent" but towards a completely different concept: solidarity. In this sense, it should be said that the body after death could become more available, not by liberalism but by solidarity, not for the benefit of companies but as "common good".

Thus the bodies would be "transmitted" and not "appropriate". Families could understand this, while the appropriation of bodies by others, they cannot understand, which the legal concept of "presumed consent" snatches from them which is not logical.

For Sylviane Agacinski, this notion of "post-mortem organ donation" for which there would be presumed consent is not the right way. It leads to liberalism, while the right path is that of solidarity, a path from which we are moving away. We are moving away from "humanitarian donations" because we do not expect reciprocity, while by "presumed consent" we expect indirect reciprocity in a "generalized exchange" (Mauss). It is then a question of managing a "shortage of organs", as one does on a market ....

An extract from Sylviane Agacinski's book is read, which states that if there are no laws, there will be no limit.

It effectively takes up this assertion that it is the Laws alone that can protect human beings, and if the Laws do not and if "all taboos are lifted" then everything becomes possible. It refers to Nazism which lifted the taboos and did so by law. And then everything became human material.