Conditions for the legality of a platform managed by an American company hosting European health data​: French Conseil d'Etat decision 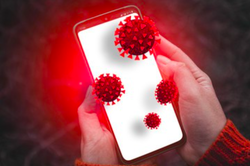 Read by freely subscribing the other news of the Newsletter MAFR - Law, Compliance, Regulation

News Summary: In its ordinance of 13th of October 2020, Conseil national du logiciel libre (called Health Data Hub), the Conseil d'Etat (French Administrative Supreme Court) has determined the legal rules governing the possibility to give the management of sensitive data on a platform to a non-europeans firm, through the specific case of the decree and of the contract by which the management of the platform centralizing health data to fight against Covid-19 has been given to the Irish subsidiary of an American firm, Microsoft.

The Conseil d'Etat used firstly CJEU case law, especially the decision of 16th of July 2020, called Schrems 2, in the light of which it was interpreted and French Law and the contract linking GIP and

The Conseil d'Etat concluded that it was not possible to transfer this data to United-Sates, that the contract could be only interpreted like this and that decree and contract's modifications secured this. But it observed that the risk of obtention by American public authorities was remaining.

Because public order requires the maintenance of this platform and that it does not exist for the moment other technical solution, the Conseil d'Etat maintained the principle of its management by Microsoft, until a European operator is found. During this, the control by the CNIL (French Data Regulator), whose the observations has been taken into consideration, will be operated.

We can retain three lessons from this great decision:

Read the interview given on this Ordinance Health Data Hub

To go further about the question of Compliance Law concerning health data protection, read the news of 25th of August 2020: The always in expansion "Right to be Forgotten"​: a legitimate Oxymore in Compliance Law built on Information. Example of​ Cancer Survivors Protection