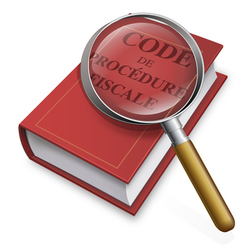 Regulation presupposes that we move from a political conception of Act (that is to say a collective Decision expressed by the State) or a civilist one (that is, a will expressed by one or several individuals in one Contract) to an economic vision of trading organizations whose action is the expression of the market. If one relies on the adjustment of supply and demand, that is to say, the meeting of desires and interests, there will be "self-regulation", which is the "Law of the Market ", referring to competition law. The act of the operators is only a reflection of this law, in action.

Regulation is then more complex because it aims at something other than this mechanical rationality, either because of a market failure (for example in the case of a natural monopoly) or because it wants to obtain more than the market can give ( Eg access to common goods by all, such as health, even for insolvent claimants). In this case, regulations are drawn up, ex ante intervention. The regulation is adequate if it encourages economic agents to adopt behaviors that concretize the aim sought by the author of the regulatory mechanisms.

This discipline created in the United States by Ronald Coase (Nobel Prize for Economics in 1991) can be merely descriptive and reveal what economic effects the law produced. This conception, which is that of Richard Posner, makes the economic analysis of law an instrument of expertise for the political decision-maker, who can take this into account if it is necessary to modify the rules. A more radical conception of the so-called "normative economic analysis of law" is to argue that the conclusions of the analysis would oblige the decision-maker to follow it.

The issue is decisive because in the first case the law and the jurists - in particular the Legislator and the judge - still have an autonomous existence, in the second case they no longer exist, they are no more than the binding and explicit form of the "Law of the market" whose nature is a-legal.

Even in its descriptive form, economic analysis of the law is generally rejected in France in that it disregards the role of the law in that it carries moral values. It is in reality to ignore its merely descriptive, instructive and useful function, and the fact that it opens instead the amplitude of the rational choice offered to political decision-makers. Moreover, regulation is not only a technical discipline, it is also a political and philosophical issue. Descriptive economic analysis is more appropriate to it than normative economic analysis of the law, which claims to vassalize or even destroy other disciplines, which are substantially unknown.